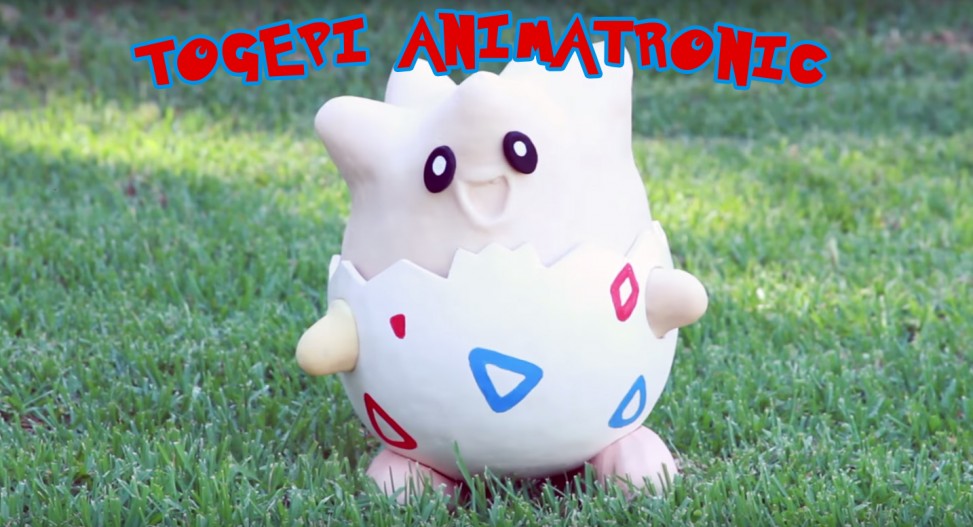 Togepi is my second animatronic character. It is a pokemon who is stuck in his shell. I wanted to learn to create silicone skins for animatronics. Togepi was perfect as a first try because it’s not a full body skin – just head and arms poking out of the shell. 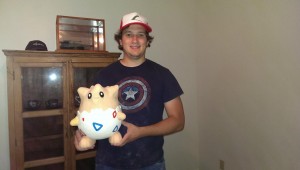 I designed the structure in maya and printed it on my Makerbot Replicator 2. It is almost 70 pieces. I used nuts/bolts, bondo and plastic weld to hold the shell together. It is controlled by an arduino and 9v rc car battery with a bluetooth receiver to listen to my phone. 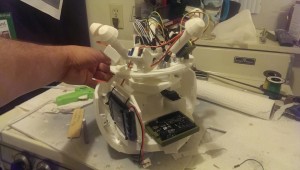 It was animated by creating a matching rig in maya. I wrote a python script that baked the animation, stored rotation data where it changed and then printed out servo and delay commands that I could paste into the arduino. I know that sounds pretty inefficient, but really there were only four servos to store data for and I calculated the uno could store almost two minutes of animation with this method which is way more than I needed.

To create the silicon head/hands, I first sculpted it in water based air dry clay. I then used a brush on urethane to create a hard one piece mold. This shape would have caused mechanical lock which is why I used this clay. It allowed me to use water with tools to dig it out when done. After the mold was complete I used a brush on silicone to make the final skin. 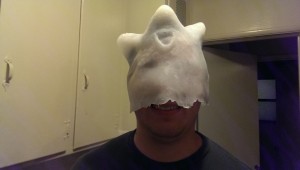 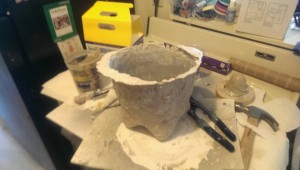 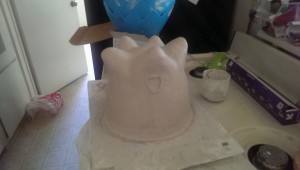 While I learned a lot, the project was ultimately a failure. The silicone impeded movement such that if it was too thin it would bunch up but if too thick it would get stuck. I also removed the top horns because it was too much weight to put on those servos. The final result was a cast that was the best middle ground and it allowed some tilt movement but no turning.