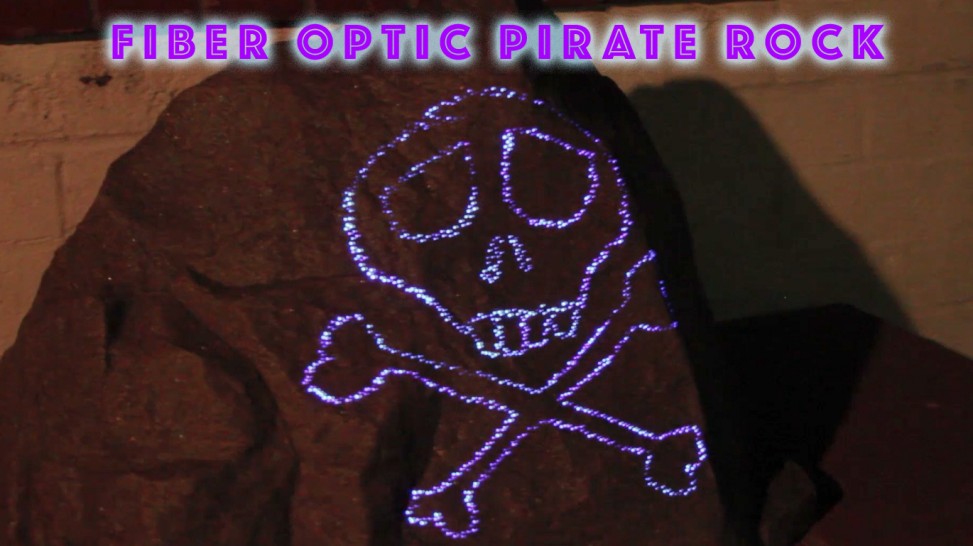 One of the things I wanted to do in 2015 was something with fiber optics. I was inspired by the fiber optic work at a Japan Disney Store and a turtle rock at Aulani. I got a plastic rock from Home Depot that is used to cover sprinkler valves. I bought the smallest dremel bit I could and drilled 1000 holes in the shape of a skull and crossbows. I then glued in fiber optics into the holes using a combination of elmers and superglue. The superglue was the best to hold it but caused it to melt and bend. So I first used the superglue and then immediately went back over with elmers. That held it in place enough for it to stop bending. The bundles of fiber optics were then glued into bits of tubing along with an led. I then control the animation of the leds with an Arduino. 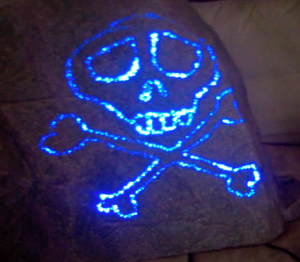 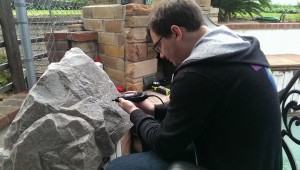