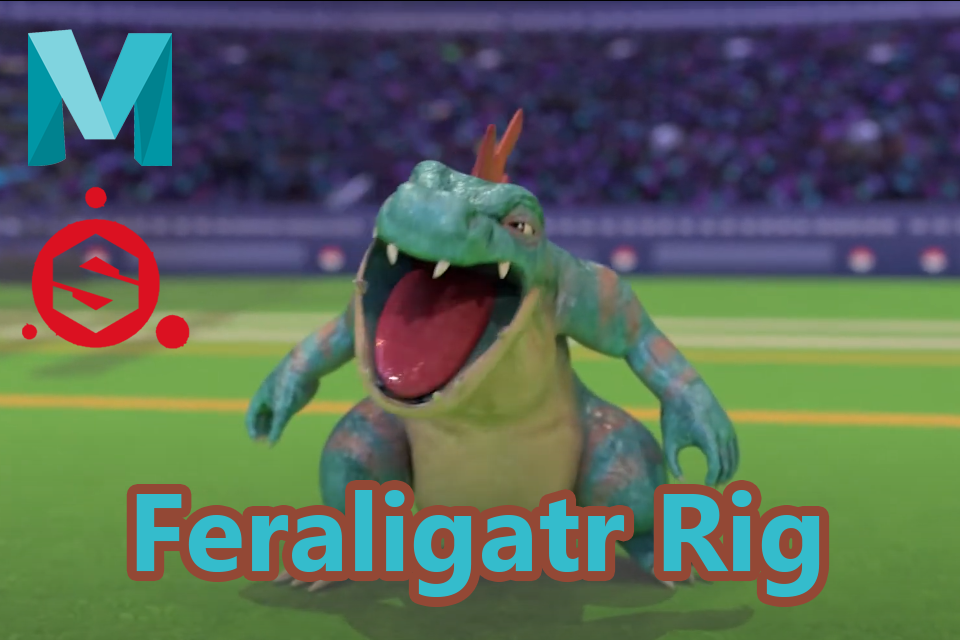 I was interviewing for a lot of new jobs at once, two of which were Niantic and Visual Concepts. I wanted to put together some more work on my reel that would be relevant to them so I picked a character that was 1) a Pokemon obviously and 2) showed use of a muscle system that might be relevant to characters in NBA2K. Not that Maya’s muscle would be directly related to game engines, but decided on something muscular nonetheless. After I built the rig I had some time left so I built some environment and lighting and did an animation.

I honestly had a heck of a time building out the muscles with the default system in Maya, so I can’t recommend it as a solution at this point. Next time I need muscles, I will be looking for 3rd party solutions. However, here is the tutorial series I learned from: https://www.youtube.com/watch?v=tBl44b9ndaI

To create the effect for feraligatr coming out of the ball, it started with locking down the animation first. I really wanted to make his rolling feel like a continuation of the rotation of the pokeball. Next, I rendered a few different passes for the frame range in which it is appearing: