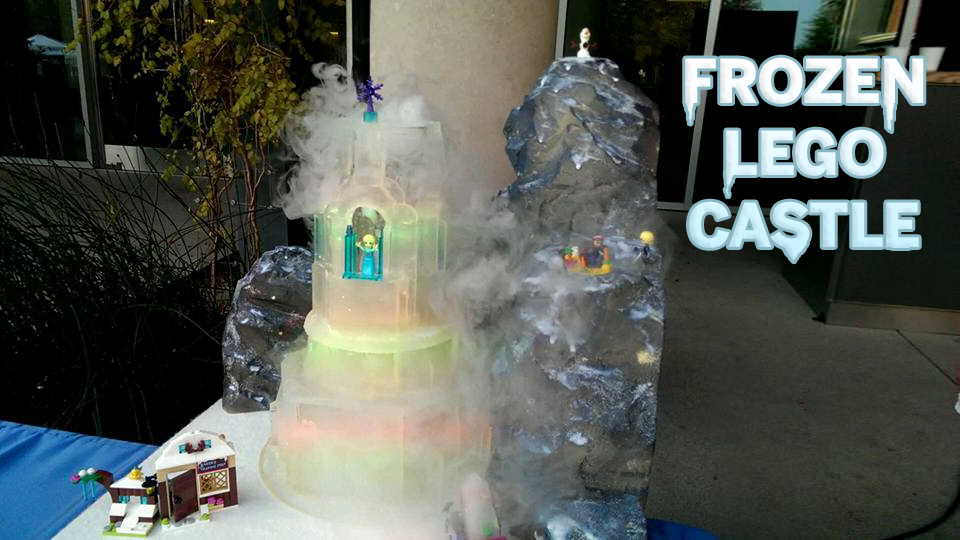 This Lego Frozen castle was created for a competition at work. I won some books and a thermos that my girlfriend decided were hers. 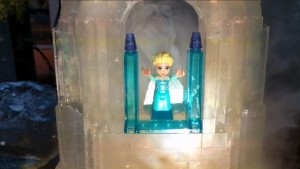 I created the walls out of legos and then molded them. The original intention was to create the castle out of ice. I ended up using Smooth-Cast 325 plastic instead.

I fused the individual walls together by pouring plastic into a shallow pan. 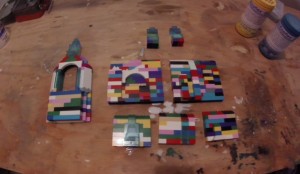 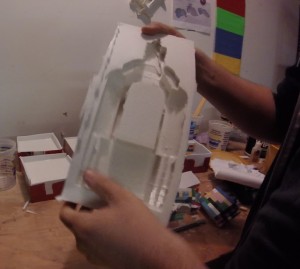 I sculpted the mountains out of a rigid foam material and then spray painted them. 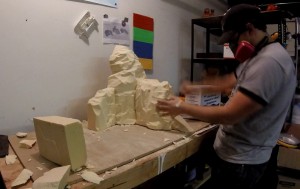 I animated magical effects and colors in After Effects and projected them onto the surface of the castle. In order to find where specific features of the castle existed in the projected digital space, I created an animation with a horizontal and vertical line moving across with a timecode. I simply wrote down the time at each feature and it showed me where in the animation each part of the castle was. 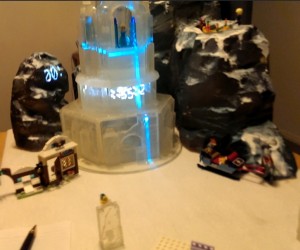 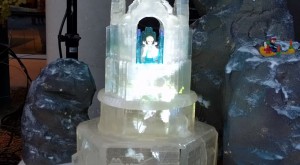 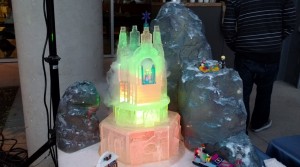 I used dry ice in a cup to make it fog from the top. 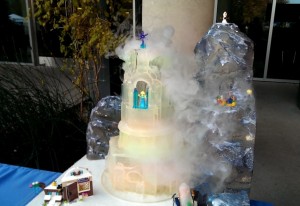 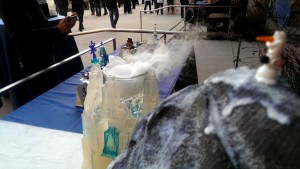 Small details such as Anna and Kristoff picknicking, and a princess who was in an unfortunate spot whenElsa froze the kingdom. 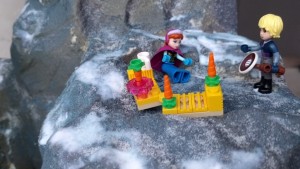 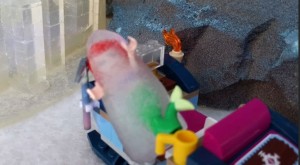 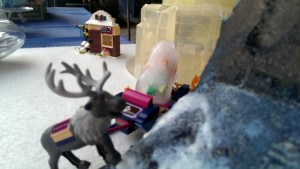